Trimlight's programmable lighting system gives customers the control and versatility to set their lights for every major holiday, sporting event, or any special occasion throughout the year. It ends the hassle and worry of hanging holidays lights! 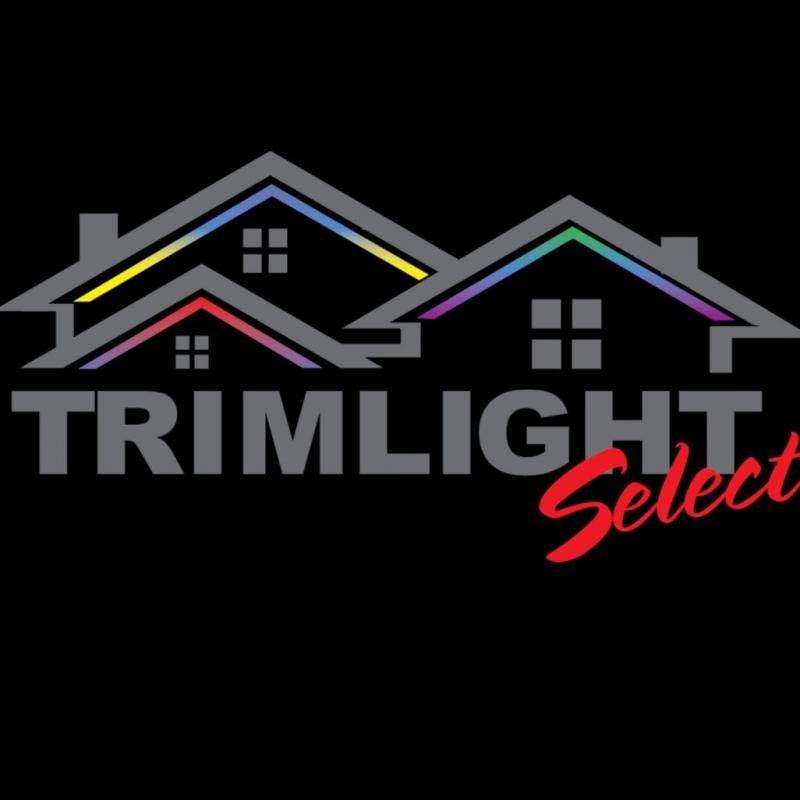 Trimlight's programmable lighting system gives customers the control and versatility to set their lights for every major holiday, sporting event, or any special occasion throughout the year. It ends the hassle and worry of hanging holidays lights!

“My husband doesn’t like hanging Christmas lights, and this was the answer,” declared customer Sandy Pugh.

Pauline and Sandy are bragging about what they declared is the great product and customer service they received from the Trimlight company.  Trimlight installs permanent and hidden computerized colored lights on homes and businesses.

A Trimlight owner actually invented the method of permanent, and guaranteed dependable, hidden lights on homes.  The difference is the channel:  “I was the one who figured out the channel, and how to hold the wires and lights,” said inventor and co-founder Ryan Whittaker.  “On other systems, the lights and electric lines are exposed to sun, wind, rain, snow, and ice.  Their chance of failure is high because of exposure.  So that’s why I came up with the channel.  Every component is protected forever by the channel.”

I investigated the background of the Trimlight company.  We looked at their licensing.  We looked at any state and federal court documents we could find.  We checked the records of regulators and enforcers.  And, we checked their satisfaction standings when it comes to consumers.  As a result, I’m pleased to endorse this company, and back them with my guarantee.  I am proud to declare Trimlight as Gephardt Approved.

“Everything is hidden inside of those channels,” said Sandy Pugh.  “You don’t even see the lights until they are turned on.  And the channel exactly matches our house.”

“That’s the idea,” said inventor Ryan Whittaker.  “The channel is made out of the exact same metals and color that your house gutters and facia are made from, so it matches perfectly.”

I personally think that the channels housing the wires and the lights make the trim of the house look better.  The lights are mounted in custom holes on the channels, and they are difficult to see.  Then, when the lights are turned on from a cell phone app connected to a mounted computer controller, they can change colors, or the light appears to dance or move in waves.  It’s very impressive, and all programmed from that cell phone app.

“I like selling such a unique product that no one has ever seen before,” president and co-owner Johnny Ware told me.  “It brings people so much happiness and excitement.”

But, don’t be intimidated by set-up or computer controls.  Customer Pauline Deleeuw is 85 years old.  “I’m not computer smart,” she said.  “But whenever I have trouble, they pop right in and remind me what to do.  It’s really pretty easy.

“And, you know what,” Pauline added, “I use the lights all year long, not just at Christmas.  I use them for all sorts of occasions.  You just change the color or pattern whenever you want.

“I even have a setting to make them look like bright, outdoor lighting.  It deters burglars.”

Inventor Ryan Whittaker says he’s a problem solver, and there were problems with outdoor lights:  1) people don’t like the job of putting them up and taking them down, 2) it’s a dangerous job climbing around on ladders and roofs, and 3) the weather and exposure breaks them down.

“That’s what’s driven us for our innovation,” says Ryan.  “We’re just offering something that nobody is offering, a solution for 95 per cent of the guys out there who don’t like hanging lights on the house.  Just flip a switch, and they’re on.”

“I think they’re fantastic,” gushed customer Greg Fabiano. “My inspiration to hire Trimlight was an incident a few years ago when I was on the roof.  I came sliding down the roof, and the only thing that saved me was when I dug my heels into the rain gutter.  It was frightening.  I’ll never do that again.”

When investigating Trimlight, I noticed they had a rather generous and inclusive warranty.  It is a lifetime product warranty, and a 5 year labor warranty.  I noted to the owners that, in my experience, the only time such a generous warranty is offered is when the company is so confident in their product that they don’t expect problems.

“It’s very economical,” says inventor Ryan Whittaker.  If you’re buying your own lights and putting them up and down and up and down; or if you hire somebody to do it, installing Trimlight pays off rather quickly.

“And, it’s amazing what people do with them,” he went on.  “We have people who use them every single night for security because they can be made to look like can lights in your home.  We have people who change colors, patterns, and movements for anniversaries, when the Utes or BYU play, or the Jazz….or for St. Patrick’s day, or Valentine’s day, or for lighting for kids playing in the yard…anything.  People use them for so many applications way above and beyond what we originally conceived.”

“I love them to death,” says customer Sandy Pugh.  “Everything they said they would do they followed through on.”

“I love it.  It’s ingenious,” says customer Greg Fabiano.  “Until the lights are on, you don’t see it.”

“Whenever I call them, they come and help me,” says customer Pauline Deleeuw.  “I’ve recommended them to many other people.”