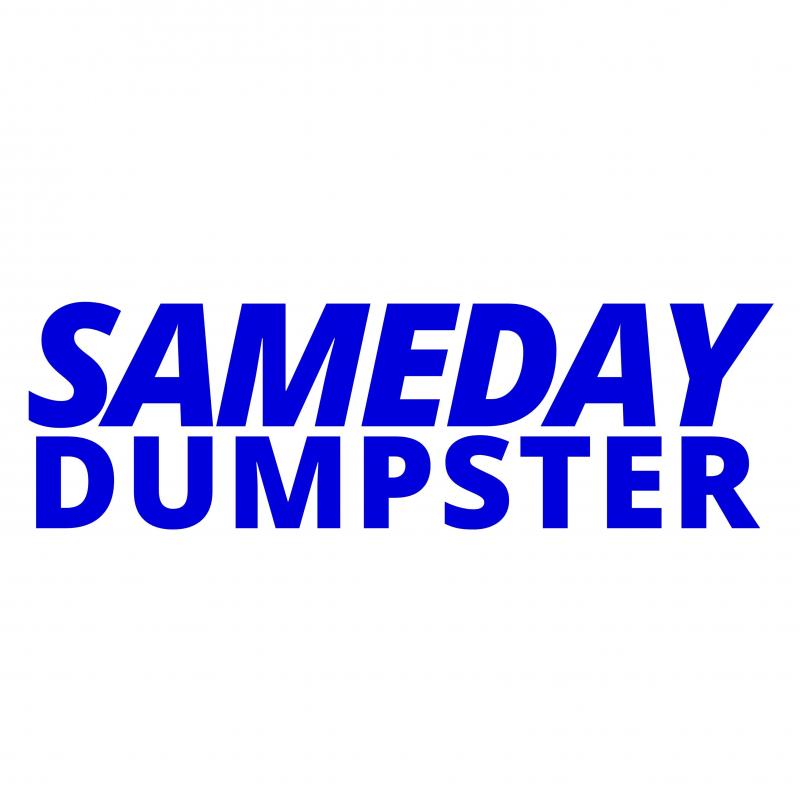 “They really were amazing,” customer Amy Crawford told me about her experience with Same Day Dumpster.  “It was actually an honor to work with them.”

That is the type of compliment I heard from customer after customer when I called them.  They actually seemed excited to share with me their experience with Same Day Dumpster, having a dumpster dropped off, and then picked up as soon as the customer is finished with it.

“They were above and beyond,” said Nick DeSeelhorst.

Those rave reviews don’t come by accident, and that’s what I found out when I sat down with Same Day Dumpster owner John Cook:

“We’ve disrupted the way the dumpster business works, and it’s all aimed at consumers,” Cook told me.  “It started with my mother when she cleaned out her garage and found she couldn’t get a dumpster.  The business was aimed at industry, and we aim at consumer satisfaction, and actually deliver the same day, sometimes within a couple hours.”

“…customer service is outside of normal…”

And another thing:  I trust Same Day Dumpster because my team and I have investigated the company and its owner.  We dug into their history, their licensing, and their background.  We have investigated state and federal court history, and how they treat their customers.  As a result, I found an honest company I am proud to endorse, and declare Gephardt Approved.

“I was moving, and I needed to get rid of lots of stuff,” customer August Summer told me.  “They were fantastic!  Spot on!!  Their customer service is outside of normal.  They even took their time to explain just how to use a dumpster."

That’s right, says owner John Cook.  They don’t just drop off a dumpster at a customer’s house and that’s it.   “Customers don’t use dumpsters enough so they don’t always know how to use it efficiently.  We ask them, for example, what they are doing so that we can get them the best dumpster for the job.  With just a few questions and answers, our customers get the best results and have the best experience and maybe save money.

“And when you are done, we pick it up right away.  Some companies let it sit around for days or weeks until it’s convenient for them to come and get it.  Not us.”

“It was super easy,” declared customer Nick DeSeelhorst.  “When I ordered the dumpster, they determined what size to get.  They didn’t oversell me.  They knew exactly what would work.”

“…we can help you load the dumpsters…”

There are other services Same Day Dumpster provides that you might not find anywhere else:  They recycle whatever they can, and they will help load the dumpsters.

“Sometimes things are just too heavy or awkward for a homeowner to load into a dumpster.  Or, maybe a homeowner has an old shed they want removed.  We’re pleased to help with all that,” said John.

John says some things must go to the landfill, but almost everything can be recycled.  “For example,” he says, “100 per cent of dirt and concrete, rock, sand and brick is recycled by most cement companies.  They crush it up, and it goes back to making roads as non-virgin materials.”

Using “non-virgin materials” is a big deal with John Cook. You see, John grew up in Utah, and says he wants to preserve as much of the beauty as he can by using non-virgin materials:  recyclables.  “If we can get all those recyclables back into products, it’s a whole lot better than going out to the west desert and just dumping the stuff into a hole.”

For that reason, he says he has contracts with recyclers in Utah in an effort to recycle any metals, green waste, concretes, cardboards, or trash his customers place in his dumpsters.

“It’s awesome that they recycle,” said customer August Summer.  “They met my expectations.  It’s worth it.  The pricing is spot on.”

John Cook says of his business:  “We always deliver clean, pressure washed dumpsters to our customers, and we don’t sell them more than they need.”

So there you have it.  You now know what I know about Same Day Dumpster.  You know my investigation revealed an honest company with an owner brimming with integrity.  You know what the customers say.  And now you know why I trust and endorse Same Day Dumpster, and why I’m proud to declare them Gephardt Approved.

“It is an honor to work with them,” says customer Amy Crawford in Sandy.

“I fully intend to use them again for spring cleaning in my house and neighborhood,” says Nick DeSeelhorst in Sugarhouse. 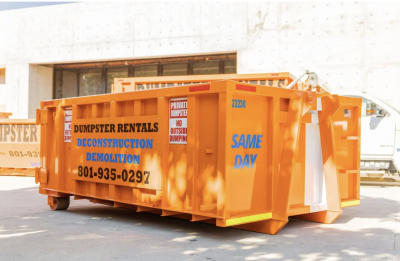