Get the Bad Air Out: Whole House Fans 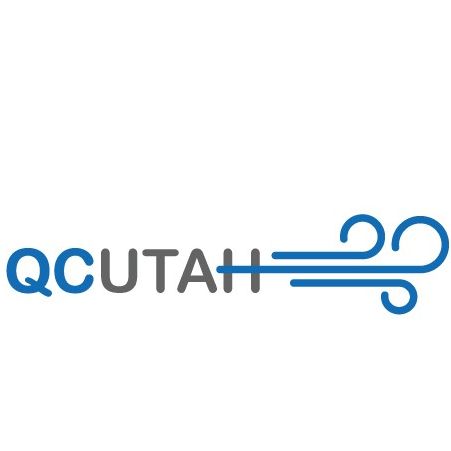 Get the Bad Air Out: Whole House Fans

“It cools the whole house,” customer Jody Lozano told me.  “You can feel the gush of wind.”

“I love it,” declared customer Finau Taumoepeau.  “It makes the whole house fresher!!”

Jody and Finau are talking about the whole-house fans they had installed in their attics by QC Utah.

“I’m actually reaching out to others to tell them about this,” said customer Ron Michelson.

The owner of QC Utah is Tony Traven, and he is all about fresh air in homes and businesses.  He says when he figured out how to do it perfectly himself, he decided to make a business out of it.  “It’s a way to get fresh air in the house,” he told me.  “It’s the way to naturally cool your home with outside air.  It’s the way to get the cooking odors out of your home, along with pet dander and all the other smells.  Fresh air gets rid of virus or bacteria.”

“…It makes everything so fresh…”

We have investigated the background of QC Utah and its owner.  We looked at their business practices, along with their licensing and insurance.  We looked at state and federal court records.  We also investigated how the company treats its customers.   As a result, I stand by and endorse this company with my $1000 customer refund guarantee.   I am proud to declare QC Utah as Gephardt Approved.

Customer Jody Lozano says she just turns on her QC Utah whole house fan for an hour or two in the summer evenings when the outside temperature is cooler.  “You can feel the air being sucked through the screens from lower floors to the attic.  It makes everything so fresh.”

(QC Utah owner Tony Traven also owns a complimentary company called Utah Clearview.  Utah Clearview installs automatic and disappearing screens.  I say the companies are complimentary because the idea of each is to get fresh air into homes and businesses.  While customers purchase the whole-house fans and screens separately, they can be purchased together.   Utah Clearview is also a Gephardt Approved company, and their profile can be accessed here.)

“…good price, and this fan is not as noisy…”

“All it is is a big big fan that we put in the attic,” says Tony.  “Then in the house, we put a little 14 by 30 inch grate.  That pulls the air through open windows.  I firmly believe bringing in good, clean, fresh air into the home is important.  And, it sure feels good.”

Customer Ron Michelson told me he’s thrilled with his whole-house fan, and the company, too.  Ron says he shopped around before settling on QC Utah.  “I’ve been wanting a whole house fan for a while, but they were all too expensive,” he told me.  “I found this company with a good price.  And, this fan is not as noisy as other whole-house fans.”

As much as the customers I talked to raved about the product, they all added they were particularly happy with the way they were treated.

“They really are a good company,” said Finau Taumoepeau.  “There is no pressure.  They know they’ve got a great product.  And, they’re honest.  The price they quoted is the price I paid.”

“They were awesome,” said Jody Lozano.  “They’re wonderful people.  They showed up on time, and cleaned up everything.  They are very honest people, and I’ve told everybody at work about them.”

Tony tells me there are very few problems, but if one comes up, he’ll simply fix it.  “We will resolve everything.  If there is a problem with the installation, I’ll take care of it.  We even have a money back guarantee.  But there are no serious problems.  In fact, Quiet Cool has a 98 per cent satisfaction rate across the country.”