House Cleaning Services You can See and Feel 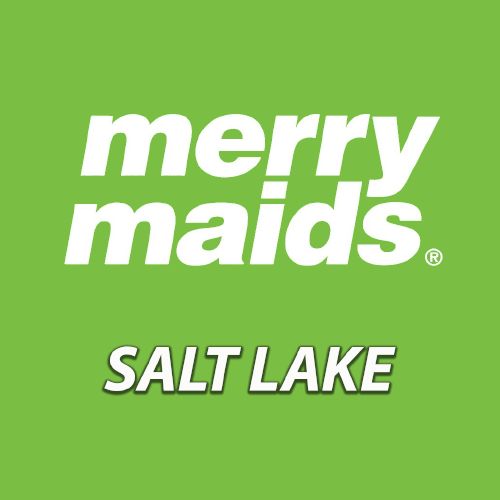 House Cleaning Services You can See and Feel

“I am way beyond satisfied,” says Joan Johnson of Lehi.

“They are rcustomers of Merry Maids. Their raving remarks about the company are the same as all the many customers I called.

Alex and Joan are both

“I’ve never worked with a company as great as this,” says Jamuna Nielsen of Salt Lake City.

That is the culture Merry Maids General Manager Kelly Hendrix says she works to develop. “You’re walking into someone’s most personal space,” she told me. “That invitation is special.”

The way she created the culture for customers was first by creating the culture for every employee who goes into a home. “I love the employee aspect of it,” she says. “We’re really in the people business, not so much the cleaning business, because if you have happy people, you’re going to have happy customers.”

“It’s a great team,” says customer Joan Johnson. “The team comes in and cleans and leaves my house in fine order. It smells good. It looks good. It always makes me very happy.”

Crystal Nix is the assistant manager at Merry Maids. “I started out as a housekeeper 20 years ago,” she says. “I’ve worked for numerous companies here in Utah. This is by far the best.”

And Crystal says the reason is General Manager Kelly Hendrix. “I think it’s just the way Kelly cares about her employees more than anywhere else I’ve ever worked. She respects the hard work that we do. It all makes them feel good about themselves. They’re not just a housekeeper.

“Customers get higher quality because our workers are proud of what they do. Our teams leave homes feeling really good about what they did that day…proud they made a customer happy.”

“They are really amazing,” says customer Jason Parman. “I’ve had a lot of cleaners over the years who are good sometimes, and not so good other times. Not Merry Maids.  They show up every time, on time. And I’ve never seen such quality work.”

Kelly Hendrix spends a lot of time first vetting each employee, then interviewing and training them to see if they are the right fit for the Merry Maids culture. “It begins by finding out if a candidate can pass a national background report with no felonies, and no misdemeanors. You have to be squeaky clean,” she says. “They have to pass a 5 panel drug test, and be e-verified as a legal resident.

“But just as important, we look for somebody who is caring. You have to care and make good decisions. We ask a lot of questions to see how they think and how they will get along with customers in their personal homes. That’s very important.”

“I can push a vacuum around,” says customer Alex Bennett of Bluffdale. “But these people at Merry Maids really make it clean. We’ve had other cleaners from time to time, but this company is really good.”

Alex adds that the company is accountable. Sometimes things go wrong cleaning a house or office. “If something comes up, they are quick to respond,” he says. “They even left me a note the other day because something fell off my desk. They weren’t even sure they were responsible, but obviously the employees are totally accountable to anything that happens.”

Kelly Hendrix says her employees expect surprise inspections. Customer Joan Johnson knows about that. “I had a supervisor come by at least twice after a team has cleaned. The job they did was critiqued by the supervisor. Nobody else ever did that.”

“We always make sure we have some surprise inspections,” Kelly emphasizes. “I think those inspections are really important both for our employees to make them better, and our customers.”

Our investigation found that Merry Maids is fully licensed and insured, and that is something I know does not come with every house cleaning service.

“A lot of cleaners may be a little cheaper,” says customer Linda Wight Burtch, “but Merry Maids offers a great service, and a service that is insured, and takes very good care of you. They even offered to replace a spoon rest that had a chip in it, and they weren’t even sure they caused the problem!”

“We all work together to make sure the customer is happy,” says Kelly Hendrix. “And we also work to make sure that all our employees get what they need out of life, financially and personally. It’s like we’re hiring a family member who has to get along with other family members and our customers’ families.”

“I will stick with them for a very long time,” says Joan Johnson.

“They’ve created a raving fan out of me and the people I know,” says Jamuna Nielsen.

“I refer my clients to them all the time,” says Jason Parman.