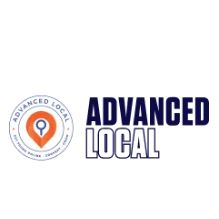 “He has been absolutely amazing for us,” raved marketing director Megan Dineff at Ervine’s Auto Repair.

“Dan is amazing with SEO (search engine optimization) and Google listings and key words,” Megan continued.  “We’ve been with him for more than a year, and our phones are ringing. We’re seeing great things.”

That praise is in line with what we found out after a background investigation into Advanced Local and founder and CEO Dan Vance.  We looked at federal and state court records, licensing, and what his customers think.  As a result, I am proud to endorse Advanced Local, and declare the company Gephardt Approved.

“Once I hired Dan, I was on the first page of Google…”

“It’s very rewarding for me to see businesses grow and know that I had a big part in that growth,” says owner and founder Dan Vance.

The whole goal at Advanced Local is to make client businesses visible on the internet to the customer targeted audience.  As such, they specialize in local SEO visibility, website design and management, digital advertising, and content writing.  They are all the things businesses need, but don’t understand or don’t want to bother with.  “That’s my job,” says Dan.   “I take it personally.  Clients are not a number.  They are real people, and we have a vested interest in their success.”

“I can see the results,” says Advanced Local client attorney Ted Godfrey.  “I had a real generic website which didn’t do much.  Once I hired Dan, I was on the first page of Google within the first couple months.”

“His knowledge of SEO is the best in the western states,” declares marketing company owner Steve Reich.  “I send clients to him.  I’ve seen businesses in trouble until Dan got them.  He’s turned around businesses.  I’ve seen him do it.”

“His knowledge of SEO is the best in the western states…”

Dan says keeping up with Google is part of his full-time focus.  He says Google maps, for example, has changed at the rate of 4500 times in the past 12 months.  So, he keeps up for his clients by attending a weekly briefing and attending quarterly classes.  “And, I have a Google engineer I can turn to when I have questions,” says Dan. “I have really good knowledge and instincts about all this. Business people need to be focused on their business.  I focus on their internet advertising and visibility.  It works very nicely.”

“Dan is a really smart man,” says his competitor in advertising Steve Reich.  “He is way above in his understanding of digital and the basics of marketing.”

“I can’t say enough about Dan,” says client Megan Dineff.  “He was able to help us target through ads on Facebook and Instagram so our ads keep popping up in front of our targeted customers.  We really love him!”

So, there you go:  Advanced Local and owner Dan Vance.  Now you know what my investigation revealed, and you know what his customers think of his work.  And, now you know why I am proud to endorse the company as Gephardt Approved.

So, take my advice:  don’t trust your internet marketing to some stranger.  Turn to a company I trust:  Advanced Local.